America as seen by a new citizen

This  morning I shared a breakfast table in a crowded restaurant with a gentleman from Columbia. He came from humble beginnings, had wanted to live in America since boyhood, worked hard to educate himself, and had just passed his citizenship test. It turned into a two-hour conversation. America is not living up to his boyhood hopes. He realizes that he was naive, but is still alarmed by the trends he sees in his adopted country.
He's appalled at how wasteful we are.
He is disillusioned by how uneducated and uninformed most Americans are, and even more so by how content they are to remain that way. "They barely graduate from high school, then they just watch TV and make babies until they get cancer. They don't read books, they are unaware of history, and they believe myths."
He has reached the reluctant conclusion that America's political system is every bit as complicated and corrupt as Columbia's.
He's a demographer, and said that the demographic driving America both politically and philosophically used to be older white men. Now it's young white women.
Posted by Oblio13 at 9:00 AM No comments: 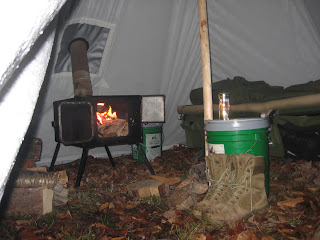 Set up my good old pyramid tent with a woodstove and a cot. Was very comfortable through lots of rain, a little snow, and a fair amount of wind.
I packed along flour, honey, sourdough starter, salt, jerky from last fall's moose, eggs from our coop, rice, ghee made last year, and a couple good books. 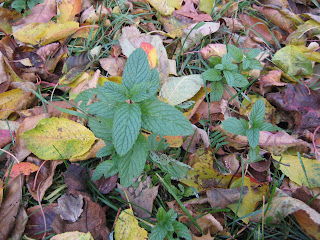 As usual, there was never any shortage of things to make tea of: Pine, hemlock, berry brambles, rose hips, wintergreen, sweetfern and mint. 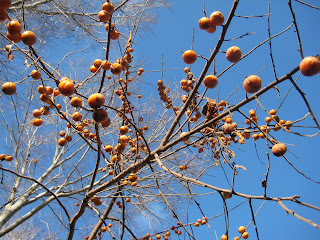 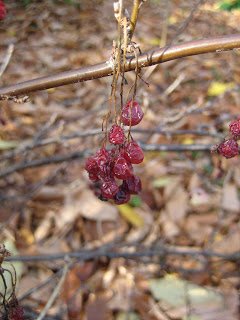 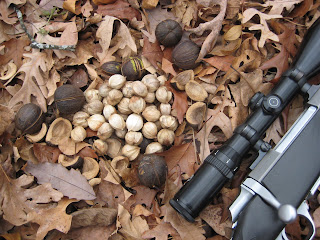 It's a remarkable year for hickory nuts. I almost rolled down hills on them.
There were plenty of misshapen apples still hanging on scraggly trees where old farms used to be. They weren't pretty, but the bad parts were cut out.
I collected enough oyster mushrooms to fill two five-gallon buckets. What wasn't used fresh will be dried, and the family will enjoy those all winter.
I was pleasantly surprised to find quite a few red raspberries this late in the year.
A tremendous quantity of red oak acorns had fallen into a lake and been concentrated in low spots by wave action. I was hopeful that their immersion would have already leached the bitterness out of them, but no such luck. I boiled a few and ate them just to say I did it, but they were bland at best.
Tried unsuccessfully to trap crawfish. Maybe the water was too cold.
On the fifth day, I shot a small whitetail buck. Mmm, mmm, Aunt Bea, Aunt Bea.
Things I could have harvested but didn't: Freshwater mussels, countless squirrels, three raccoons, a 'possum and a garter snake. Rock tripe, partridge berries, cattail roots, various inner barks.
Posted by Oblio13 at 4:13 PM 6 comments:

New business idea: A wine named "Satan's Piss". Lots of folks would buy at least one bottle just for the name, especially if the label had sexy graphics with words like "sinful" and "repent". And if folks complain about the quality, you just shrug your shoulders and say "Satan's Piss".
Posted by Oblio13 at 3:21 PM 3 comments:

A good morning for a hunter/gatherer: 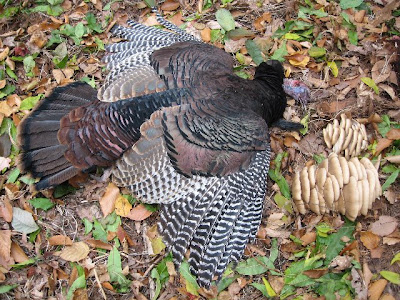 A fall gobbler and a bunch of oyster mushrooms from a sugar maple. [Andy Griffith] "Mmm, mmm, Aunt Bea, Aunt Bea." [/Andy Griffith]
Posted by Oblio13 at 6:14 AM 2 comments: 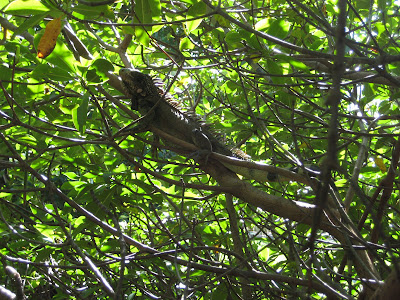 Followed some tracks on a St. Thomas beach into a mangrove swamp. There were quite a few loud splashes which I initially took to be large fish. Then I noticed dozens of these things in the trees all around me, dropping into the water as I approached.
Posted by Oblio13 at 6:13 AM 1 comment: 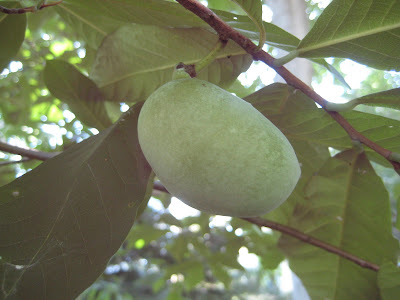 Asimina triloba is one of the best wild edibles. The pulp surrounding large dark seeds tastes like a fruity vanilla pudding. These are growing in central New Hampshire, well outside every range map I could find on the internet.
Posted by Oblio13 at 5:54 AM 1 comment: