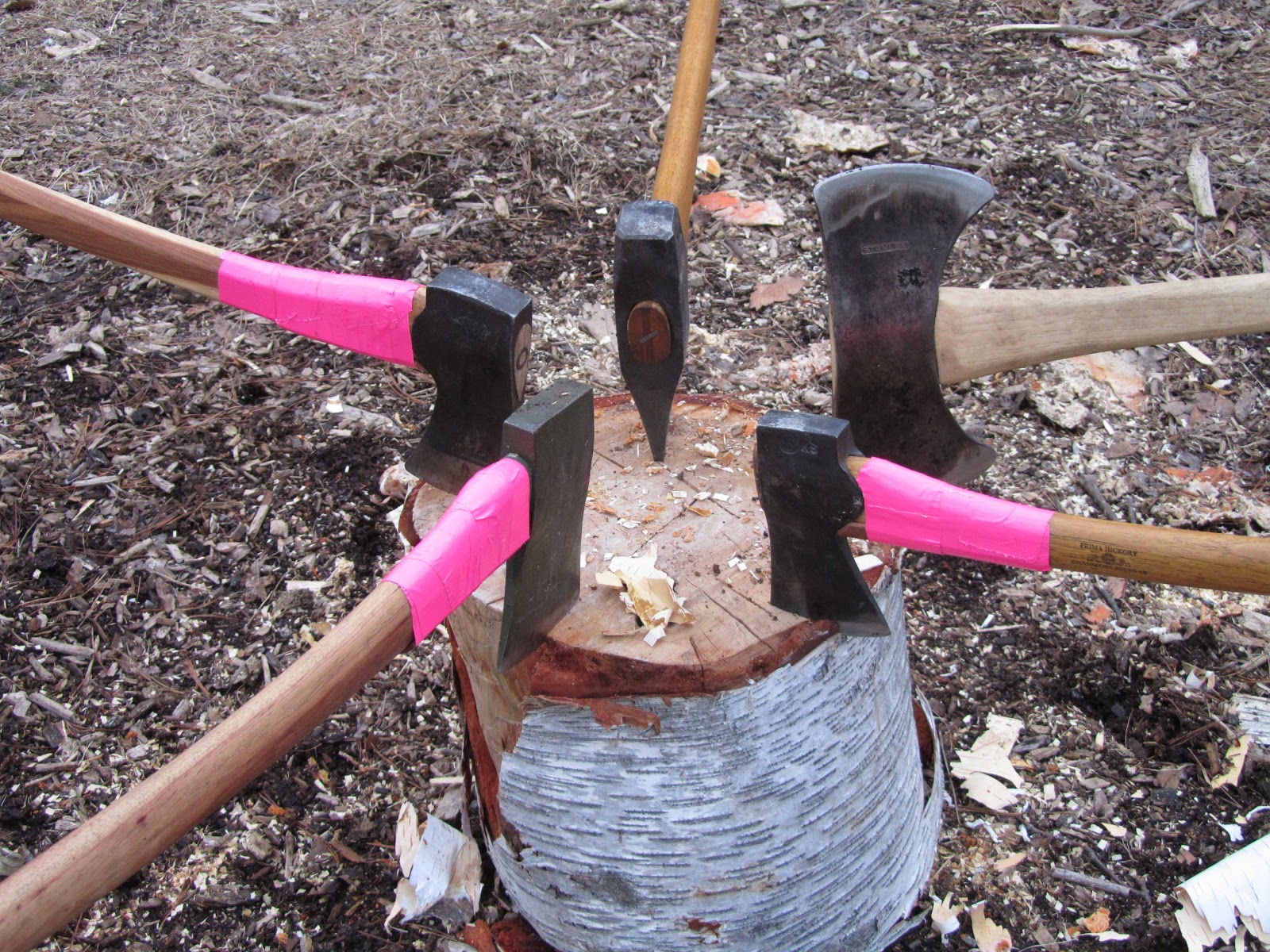 A military axe from a surplus store, made by Hults Bruk and marked with the Swedish three crowns. It's about a 2 1/2 pound head on a thirty-inch handle. Light enough to carry on a camping trip, large enough to do serious work.

A Wetterlings full-size felling axe. I didn't like it at first because the handle was thick enough to paddle a canoe with. After it sat around mostly unused for several years, I slimmed and 'octagoned' the handle. Now it's one of my favorites.

A Granfors Bruks splitting maul. We heat with wood and it's been splitting about three cords per year for a long time. It has a steel collar to protect the handle, and it's still on the original one. It's an indispensable tool on our homestead.

A Stanley double-bit on a 36" handle. Made by the Mann Edged Tool Company, I think, back in the days when quality axes were still forged in the US. I mostly use it to split kindling, by driving one edge into a stump and then batoning small sticks over the other. The head is too slender for anything other than what it's designed for, felling, and I don't like felling trees with an axe. But it's fun to use once in a while. I have a lot of respect for lumberjacks who swung axes like that all day.

Last, at four o'clock, another Granfors Bruks, a limbing axe with a light 2-pound head on a 25" handle. It's a good camp axe, small enough to choke up on one-handed for carving, and large enough to get a powerful two-handed swing with. The grain in the handle runs exactly the wrong way, so I figured I'd use it hard until it broke and replace it with a proper one. I haven't been able to break it. That hickory is very tough stuff.

Granfors Bruk axes are good quality, but after being featured on some survival TV shows, they've become almost "boutique" tools, with prices to match. Fortunately I bought mine a long time ago. I like that the shape of the heads shows the medieval roots of European axes.

I usually duct-tape a strip of leather to the leading edges of handles to protect them from overstrikes. My theory is that pink is easy to see in the snow and leaves, and less likely to 'walk away'. What self-respecting woodsman would swipe a pink axe? 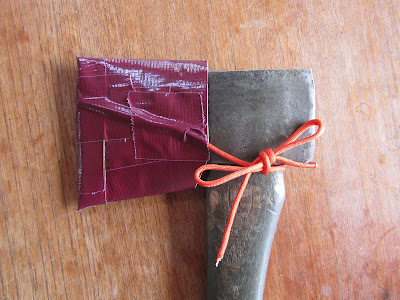 Every axe needs a sheath. Duct tape and paracord aren't as classy as leather, but they're almost free. You're less likely to lose them in the leaves or snow, and won't feel as badly if you do. 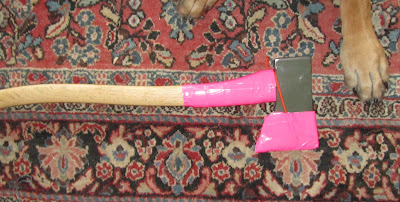 This is my daughter's axe. I duct taped a strip of leather on the leading edge of the handle beneath the head to protect it from overstrikes.