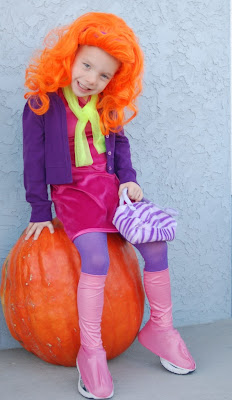 This kid's mom posted a rant on her blog titled "My Son is Gay", along with this pic of her five-year-old in drag for Halloween. She turned it into a media circus, and it's gone viral. Now she's making the talk show rounds, very obviously enjoying her fifteen minutes of fame. Reactions to her have been almost overwhelmingly positive. As usual, I'm going to take the dissenting view.
"Though I cannot be said to be a flattering honest man, it must not be denied but I am a plain-speaking villain."
-William Shakespeare
This isn't about a little kid's choice of a Halloween costume. It's about his mom using him as a foil to aggressively push a personal agenda.
If the kid is gay, his own mother just outed him on the internet.
If the kid is not gay, his own mother just outed him on the internet.
He'll never have another classmate who isn't aware of this.
She should sign him up for karate lessons next, because junior high is cruel and the internet is forever.
Posted by Oblio13 at 11:31 AM 1 comment: